A friend asked me to make another of these little coffee pot candle illustrations which I first produced back in 2014. It’s a fun technique: first drawing in charcoal, then painting with acrylic but the crackle glaze proved to be a bit tricky this time and took a few goes to get right. I rubbed white oil paint and beeswax on top of the glaze once I was happy with the cracks and finally a smear of glitter gel for the festive finish. 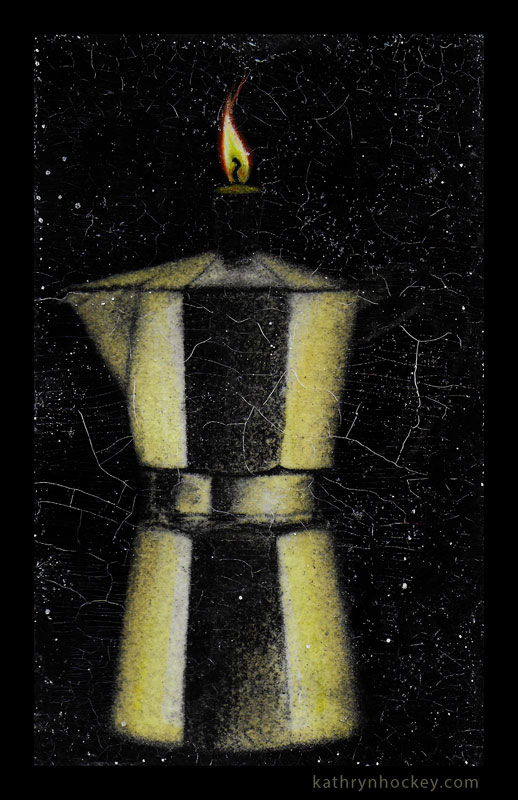 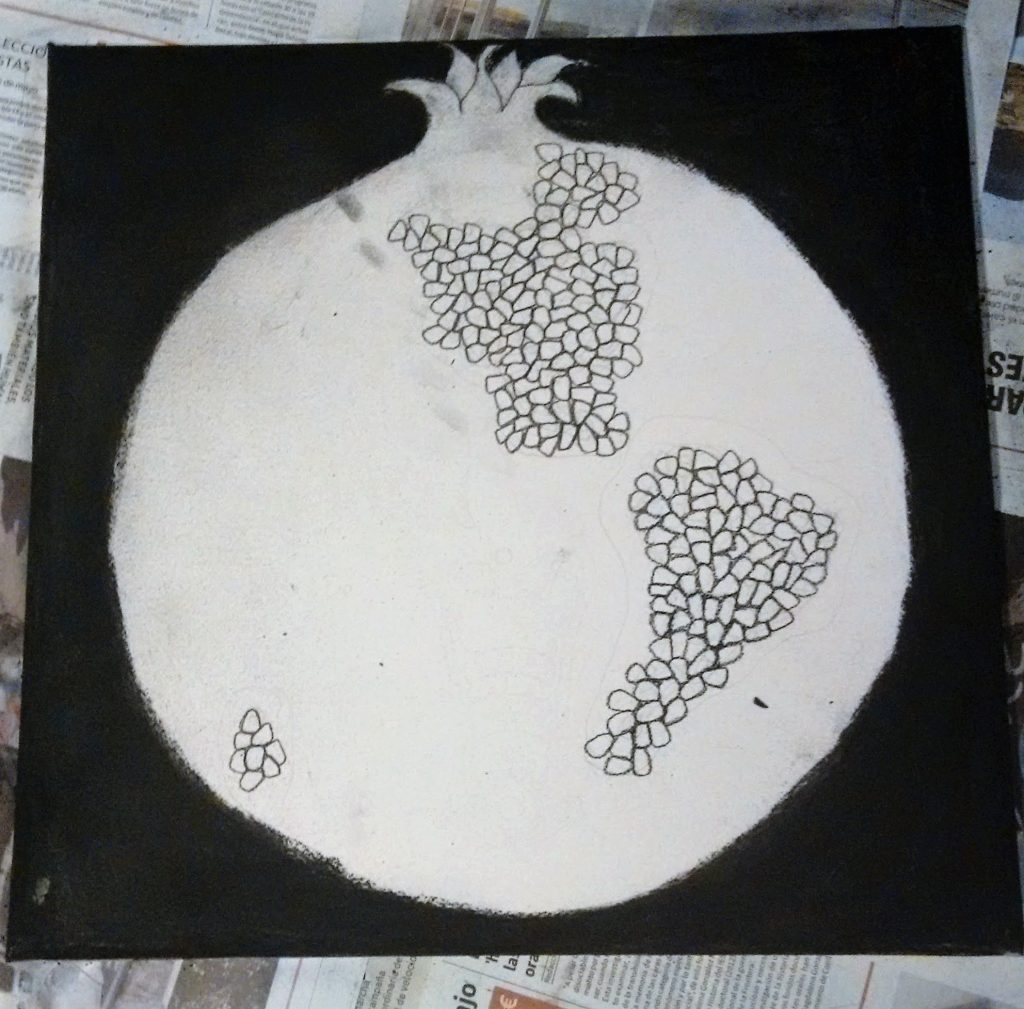 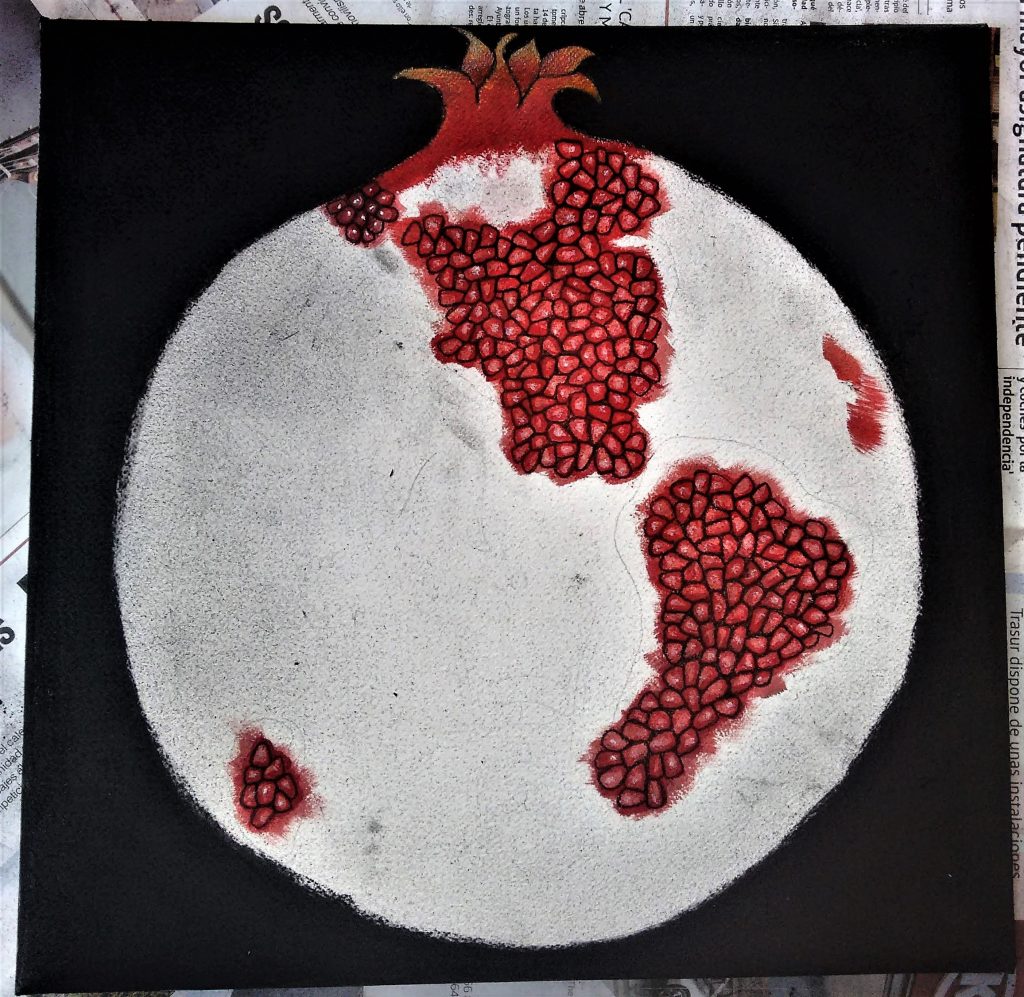 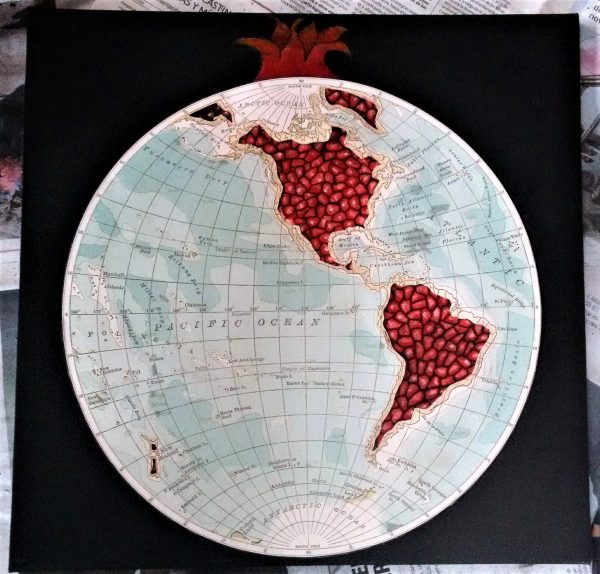 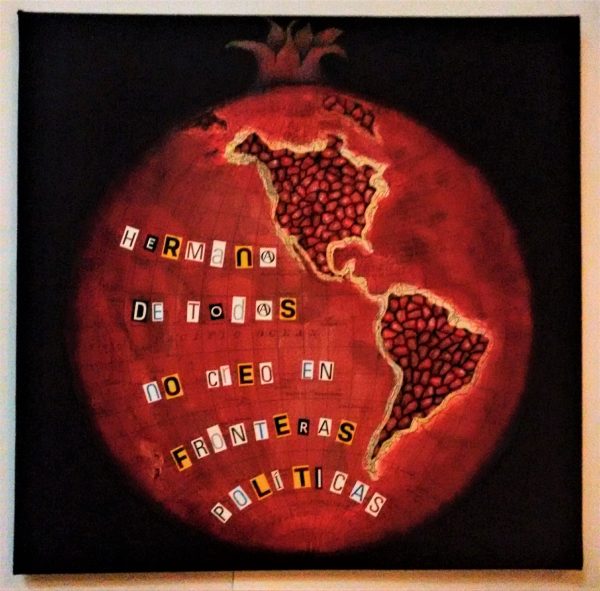 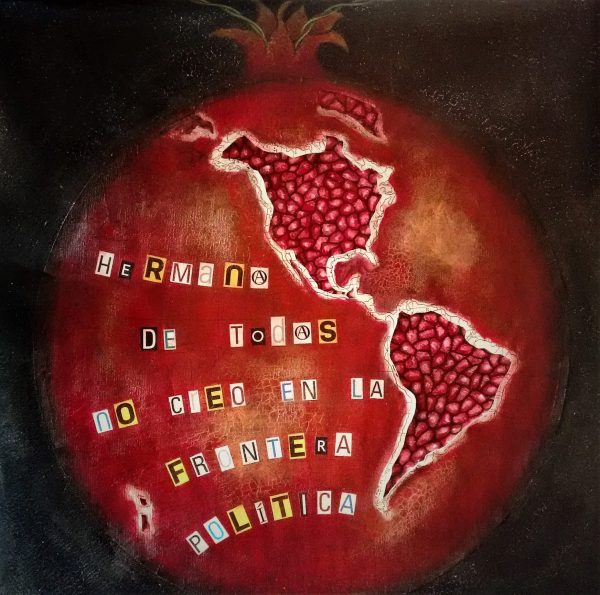 These are my mini art works for tonight’s (22nd December 2014) fundraising party organised by the community group Arte Vejer. 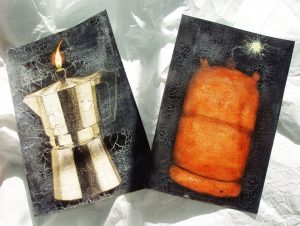 They’re post card sized and will go on sale for 5 euros each along with the mini artworks of other contributing local artists.

Here they are in more detail: 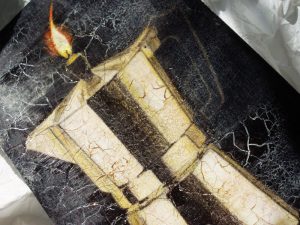 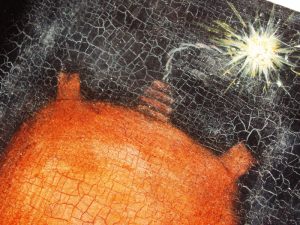 Both drawings were made with charcoal which I fixed before applying a wash of acrylic paint and a crackle glaze. The glaze was then stained with white acrylic paint and bitumen in beeswax with a smear of glitter gel over the top…very festive!

For this version of the ‘design classic’ gas bottle (bombona in Spanish) I put a wash of acrylic paint over the charcoal drawing and then applied a crackle glaze and stains. 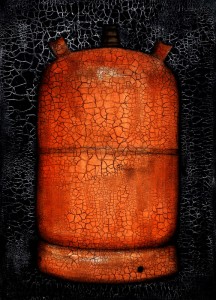 I was out at a concert in a bar in the village one night when I noticed a local photographer checking his camera at the bar; he’d taken some really striking portraits of the band and audience in black and white and I was particularly struck by the dark intensity of one of the shots and knew that I must make a drawn version. The photographer very kindly gave his permission, so I set to work with a charcoal version. 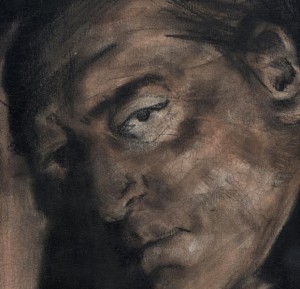 Having fixed the first charcoal layer I added to it to make the background and facial shadows more intense.

I then decided to ‘age’ it and to give it more warmth by adding an acrylic wash in a sepia tone and a layer of crackle glaze before applying stains to highlight the cracks.

It took several weeks before I ran into the subject of the portrait and was able to gain his permission to publish the piece, which I cropped close to emphasize the intimate pose.